Vertcoin is one of many cryptocurrencies developed to take advantage of the potential of the blockchain for distributed, decentralized, secure transactions. Unlike some of its predecessors such as Bitcoin, Vertcoin is specifically designed to be resistant to the ASIC mining hardware (dedicated rigs of processors specifically used to mine various cryptocurrencies), using algorithms to allow for a “fairer, more democratic” limitation on mining – such that only CPUs and GPUs can be used, and allowing coin mining to remain viable for anyone with a modern computer.

This sets Vertcoin (ticker symbol VTC) apart from other coins on the market. The company also has a simple 1-click mining program for users to set up, making mining easy and accessible to users of all tech competencies.

In many ways, Vertcoin crypto can be explained similar to other leading cryptocurrencies. A finite number of coins exist in the overall pool, and coins can be obtained both via purchasing for real-world funds or mining, using computer hardware to “brute-force” hash the algorithm and “solve the problem” that the algorithm presents. The blockchain technology behind Vertcoin maintains the distributed transaction ledger, again similar to other coins. The security, redundancy, and other elements of cryptocurrencies are all present in Vertcoin as well. The key difference is, as discussed above, the resistance of the Vertcoin algorithm to ASIC hardware processing, meaning the mining process if far more stable and even.

Vertcoin was specifically developed with that feature at its core. It was initially created in 2014 and has since gone through 2 forks to implement new, stronger proof-of-work consensus algorithms and maintain their ASIC resistance. It has never had an ICO or pre-mine period and does not ever offer air-drops. This means that the coins in circulation are all the result of mining by users. Vertcoin seeks to maintain this position as “the people’s coin”, engaging their community and maintaining lack of corporate interference, and resistance to ASICs.

Vertcoin works in a similar manner to other cryptocurrencies. All transactions are maintained on the distributed blockchain ledger, with a proof-of-work algorithm being used to reach consensus. The particular algorithm in use by Vertcoin is Lyre2REv2.  Coins are generated through mining, with difficulty increased every block. The fixed base of 84M coins is comparable to Litecoin, and about 4x as many coins as the original Bitcoin currency.

VTC, the symbol for Vertcoin’s coin, can also be purchased outright on many of the common markets and exchanges that exist for the cryptocurrency.  To avoid inflation as more coins are “found” from the total, the rate of rewards for miners is decreased over time, approximately once every 4-years.  Most importantly, Vertcoin works differently than other coins inasmuch as the ASIC resistance a means more even distribution of coins throughout its economy and ecosystem. This is in stark contrast to Bitcoin and Litecoin, both of which have the majority of their mining power belonging to mega-conglomerates in China. This distribution has the effect of keeping the governance power and mining activities on a much more even playing field for all users – rather than allowing those with large amounts of real-world capital to amass disproportionate amounts of processing power, and consequently mine large portions of the coin base.

Vertcoin specifically bills itself as a “no-frills development coin”, eschewing extra features in favor of ASIC resilience, decentralization, avoiding corporate interests, and ensuring the power and democracy of the coin’s governance remains with the users.

As touched on in the last section, VTC, or Vertcoin coins, are only capable of being purchased on an exchange or mined from the blockchain. There has never been an ICO or other means of compensation at the outset, which makes for a much more even coin distribution.

In many modern coins, ASICs are the standard machines used in mining coins – high degree banks of processing power specifically targeted at the algorithms used in blockchain technology, to brute-force the equations and unlock blocks/earn coins as quickly and efficiently as possible. Vertcoin’s crypto technology is similar for mining but utilizes an algorithm, Lyre2REv2, specifically designed to be incompatible with ASICs. This leaves only normal CPU processing power, or graphics card (GPU) processing power, to run the equations and mine blocks.

With the total pool of 84M coins, and rewards halved every 4 years on average (840,000 coins), the block time on the network is 2.5 minutes, which provides a reasonable level of certainty to avoid the kind of problems that can develop with much faster block times, as well as being 4x faster than classic Bitcoin.

Vertcoin’s 1-click mining program allows for easy setup and integration with the majority of CPUs and GPUs on the market today operating on the Windows platform, such that anyone can easily set up a mining operation on their home computer and start participating in the crypto marketplace. 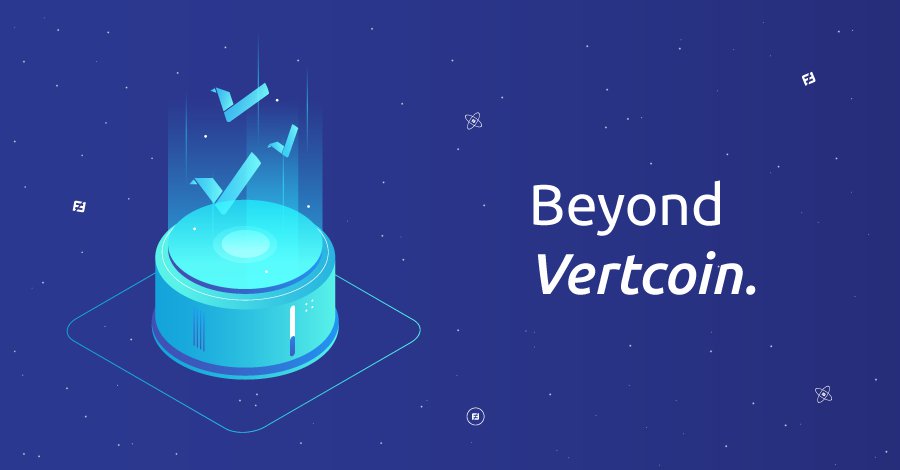 Vertcoin is primarily aimed at keeping the coin distribution fair, through the ASIC resilience, and focusing on the user community. This is one of the reasons it does not have a lot of special features or frills that other coins may offer. The team behind Vertcoin believes remaining free of corporate or government influence, keeping power and governance in the hands of the users, and allowing mining to be more democratic and stable are key to realizing the maximum benefits of the blockchain technology and crypto-economy.

Currently, Vertcoin only offers merged mining through wallets with compatible currencies (using the same algorithm), which means at present, only merged mining is possible with MobileCash. Though there has been discussion and work done on allowing for merged mining with other algorithms in the future – a technical challenge that it is unclear whether or not the company will be able to overcome if sufficient users demand it.

They have also developed a piece of hardware that seeks to solve one of the main problems of the Lightning Network protocol – that is, for users to send/receive transactions, they need to be online or connected/accessible to the network at all times, which is not very practical.  Vertcoin has developed LitBox to solve this problem, a small piece of hardware that acts almost like a router, collecting all your associated addresses into one addressable, always-on piece of technology, without revealing your personal, on-chain addresses to the outside world. Much as a router intercepts and manages incoming/outgoing network connections without revealing internal IP addresses to the outside world.

Vertcoin’s price and value over time has fluctuated significantly, like many of the cryptocurrencies available today. They specifically took a big hit in value after the hacking incident in the (at the time) leading coin exchange, Mt. Gox. Nevertheless, in 2017 and 2018, it has largely followed the trends of Bitcoin and other top cryptocurrencies, spiking with the pricing bubble in December 2017/January 2018, before stabilizing at more reasonable rates as 2018 has proceeded.

Put another way, if you had invested $100 when the coin first debuted in 2014, you would have owned approximately 1,400 coins. At today’s market value, that would equal over around $1400, a 1300% increase in value, which is a massive return for a less than 4-year investment period.

In conclusion, Vertcoin offers an exciting alternative to Bitcoin and similar basic cryptocurrencies, through its ASIC-resistant algorithm. The focus of the company behind the coin on the community, keeping the governance amongst the community and free from corporate or governmental interests, as well as the democratizing distribution afforded by preventing ASICs from working for mining. All mean the VTC coin’s distribution is fairer and more representative of the user base than most any other coin on the market.

Additionally, as Vertcoin has never had an ICO, pre-mine, or air-drop, the only coins in the economy have been mined by users. The rate of coin mining means the rewards for mining are halved only about every 4 years, meaning there’s plenty of time for users to get in on the mining and cryptocurrency market.