In the rapidly-expanding world of cryptocurrencies, there are new potential avenues for nefarious parties to attack and exploit the private financial information of users. While blockchain technology has led to the decentralized network of cryptocurrency exchanges, by the nature and design of the blockchain, all transactions live on in the ledger, available to anyone. Many third parties, from companies to academia to enterprising reporters, have been able to use this data to track down real-world identities and spending habits of individuals. Clearly, there is a need for greater privacy control. PIVX, which stands for Private Instant Verified Transaction, aims to solve this privacy need.

PIVX is an open-source, decentralized cryptocurrency, originally forked from the DASH currency in 2016. The management team and community of users believe in privacy, freedom, technology, and governance as their central pillars. Put simply, PIVX hopes to do what other currencies don’t, which is protect people’s privacy while still taking advantage of the benefits of blockchain and cryptocurrency technology, to allow for near-instant private transactions.

PIVX is a decentralized cryptocurrency that uses the Zerocoin protocol to allow for privacy. The Zerocoin protocol allows for trust between two transacting parties, but doesn’t record or display their information publicly – rather, the transaction leaves only a record that the funds were transferred and the transaction completed. It also utilizes technology like SwiftX to allow near-instant transactions, which is a huge improvement over the transaction times of other crypto products. PIVX is considered a proof of stake currency (rather than proof of work), without getting too complex, this makes it far more efficient to create and manage.

Developed in January 2016 out of the DarkNet fork of the DASH currency, it was later re-branded as PIVX in accordance with the established community mission for the currency. Rather than traditional mining that is energy and processor-intensive, users can earn PIVX by running master nodes or keep funds in a staking node. This allows all participants to earn rewards without the need for GPU mining.

It has a secondary decentralized network to allow for governance, self-funding, and other features to ensure its solvency and function. It also has a solid economic theory behind it, designed to increase the supply of coins steadily but at the same time work against inflation by burning transaction fees – at a certain threshold of use (transactions per minute), it becomes deflationary, despite the ever-increasing supply (around 2.6M coins per year).

PIVX cryptocurrency is a true cryptocurrency, in that it is a tradable, redeemable currency token like Bitcoin or Ethereum, rather than a governance token non-value-holding token model. Consumers can purchase PIVX, and stores in their wallets. Anyone can gain PIVX by setting up a master node (essentially allowing the network to use your system resources to process transactions) or by keeping funds in a staking node (ensuring system solvency and liquidity). Then, peer-to-peer transactions can take place, whether it’s sending money or buying/selling through a merchant. The PIVX coin enables user privacy through the use of the Zerocoin protocol, meaning that transactions “wipe” the history of where a coin came from as far as what is viewable to the public or the receiver – they get the intended coin amount but without a user or other information attached.

The consensus is achieved via the proof of stake method, as previously discussed, rather than the proof of work method that many coins’ use. This means that user wallets need to be available and open on the network at all times, and transactions take place on the master nodes, which are incentivized for users to open in order to gain more PIVX.

Taken together, all of these features and benefits, in addition to the core features of privacy, create a valuable coin that’s quick to transact, protects user privacy, and has strong governance and community involvement to ensure it is guided in the right direction in the future. PIVX also aims at global compatibility, being one of the first coins to offer their website, UI, etc. in over 30 languages. 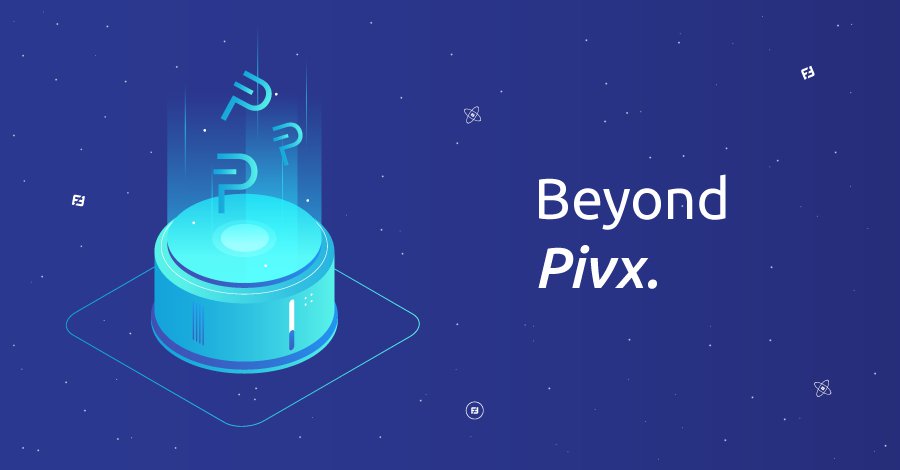 PIVX has already achieved a large portion of their roadmap from January 2016 through mid-2018. The roadmap includes implementation of an iOS-compatible wallet, a redesign of the user wallet interface, addition of proposal and voting options for governance within the wallet, some new features for masternode admins, and much more.

They also plan to redesign and update their website and bring the zDEX, a decentralized exchange to go directly from Bitcoin to PIVX coin without intermediaries. From a governance standpoint, there are a variety of plans in circulation for how voting rights will be redistributed. Last but not least, they plan to implement several additional technical functionalities, including elastic block sizes for faster processing, a I2P network protocol for node anonymity and added protection and privacy via integration of UDF and the Dandelion protocol into PIVX.

The PIVX coin has been through several distinct periods of existence. Unlike many other coins, there was no initial coin offering or ICO – it is fully self-funded, with no pre-mining of coins offered for sale initially.

PIVX began as a proof-of-work consensus coin, born out of a fork from the DASH cryptocurrency in January 2016. By August 17, 2016, it transitioned to the proof-of-stake model that exists today. 60,000 of the PIVX coins, known as PIV for their ticker symbol, were used to create the initial master nodes and establish the network and were later burned once the network was stable and functioning. About 55 million coins exist today, though less than 30 million are in circulation, owing to the minimum 10,000 PIV collateral that must be “locked up” in order to run a masternode.

From inception, PIVX coin had run at less than 1 cent in terms of value. By the time the network was fully developed and became adopted on a wide scale, the interest had grown considerably. Following the conversion to PoS in August 2016, the value steadily started to climb. It really took off by March 2017, rating in the 10 cents per coin range, up to a high of $12.75 per coin by January 2018, mirroring the general trends in the cryptocurrency market. It has since stabilized at between $6.00 and $2.50 per coin during 2018.

If you had purchased PIVX coins in January 2017, $100 would have resulted in around 14,000 coins, which today would be worth $34,160. Due to recent dips in the crypto market, it is currently trading around its 52-week low, meaning it’s a great time to invest. In both March and May 2018, it was around $6.00 per coin and is currently below $2.50, a trough that is great for investors to scoop up coins on the exchanges, before the next growth cycle starts.

In summary, PIVX cryptocurrency is similar to many other crypto products on the market, but with the notable difference of being focused on user privacy, community-driven management, and speed of transactions. By adopting the Zerocoin protocol, the history of a given coin is obscured from public view, while still allowing the ledger to be maintained and accurate.

The proof-of-state consensus algorithm allows for much more efficient and speedier transactions. PIVX is also great for users, allowing the forging of new coins via running a masternode as well as through a staking wallet. These tasks use far less computational power than traditional proof-of-work algorithms, reducing costs for everyone involved. The system is also designed so that a steady supply of new coins come into existence over time, and offset inflation by burning transaction fees, which are already some of the lowest around in the crypto market today.

Overall, PIVX is poised to continue to grow, as privacy within the blockchain world will become more and more important as more and more people begin to use and get familiar with cryptocurrencies. The value had increased dramatically from when it was created, and currently, the PIVX coin sits at a reasonable price for investors to purchase and turn for a profit in the near term.