In terms of the number of blockchain projects and capital investments, the crypto industry has increased beyond expectations. Soon after bitcoin was founded in 2009, who knew that just about a decade later, the crypto industry would be close to a trillion dollars? It is estimated that at least one new ICO project gets launched every single day. However, not all of them make it to the limelight.

Only the ones that look promising enough and offer a unique concept for addressing a number of local and global problems get their fair share of attention. Among many projects that followed after the launch of Bitcoin is the Peercoin, developed in 2012.

A lot of new cryptocurrency enthusiasts and investors wonder what peercoin is, and what makes it so popular among enthusiasts. Peercoin is also referred to as ‘PPC’. It is a crypto project that first brought the concept of proof of stake (PoS) network security method. According to its whitepaper which was released in 2012, Peercoin demonstrates a combination of the PoS and the traditional PoW (proof of work) method which bitcoin is based on. Peercoin was also coded based on bitcoin’s core technology. While the Proof of work method for coin generation dominated much of the crypto market throughout the earlier years, the proof of stake (PoS) method has almost replaced it fully today.

The core members behind the development of Peercoin are Sunny King and Scott Nadali, who are both well-known IT specialist. Having developed in 2012, Peercoin is based on the Bitcoin code. Perhaps this is why comparisons between Peercoin coin and Bitcoin are often made in the news. Despite being based on the same code, Peercoin offers a couple of features that are not available with Bitcoin.

In general, Peercoin crypto technology makes use of the POW (proof of work) mining for spreading the coin distribution where POS (proof of stake) minting (more on this later) is used for the maintenance of the network security. This suggests that Peercoin is free from the vulnerabilities such as selfish mining associated with Bitcoin. The mining algorithm used by Peercoin is SHA-256 which is again, same for the bitcoin. As a result of this, Peercoin can be mined by using any hardware that supports bitcoin mining. With an increase in the network’s computing power, the block reward for mining a single block gets lower and lower.

Peercoin is based on the bitcoin’s source code and makes use of both POW (Proof of work) mining and POS (Proof of stake) minting.

The proof of stake (PoS) method brings together both the owners of coins and the miners by allowing each participant on a network to play two roles. In order to create a new block, however, a coin must be kept for at least 30 days in the wallet. The chances of block generation are maximum once a coin is stored in the wallet for 90 days. Nevertheless, these changes tend to increase with an increase in time.

Peercoin provides a legitimate solution to a potential problem where users that owned a significantly huge amount of coins could keep them intact in their wallet for significantly long periods of time hence causing the decentralization of the platform to fall apart. During the process of block generation, a transaction in which the founder of the new block sends the coins under participation back to himself gets processed. This resets the age of the participating coins and a block generation reward is given to the user. In order to begin the process of block generation from scratch, the user must retain the coin for another 30 days at least in the wallet.

The term minting primarily suggests the creation of new blocks through the proof of stake method. Do note that the reward for minting is comparably lower than the reward for mining other crypto coins in general. This is because the minting rewards do not contain a part of the transaction costs.

Those people who are interested in Peercoin mining must know that there is a need for powerful and dedicated hardware for the creation of blocks via the POW (proof of work) method. This is primarily because peer coin is based on Bitcoin’s core block-chain and uses the same SHA-256 algorithm. This particular type of hardware is referred to as the ASIC miners.

Every 10 minutes, Peercoin mining could generate 820 bytes block for which the reward is nearly around $60 as of yet. The initial investment, however, could be of thousands of dollars in an ASIC miner. There are, however, a number of peercoin mining pools that one can join.

Two major mining pools that are dedicated to Peercoin as listed on the official website include:

Other multicoin mining pools that one can join for mining peercoin, as listed on the official website include: 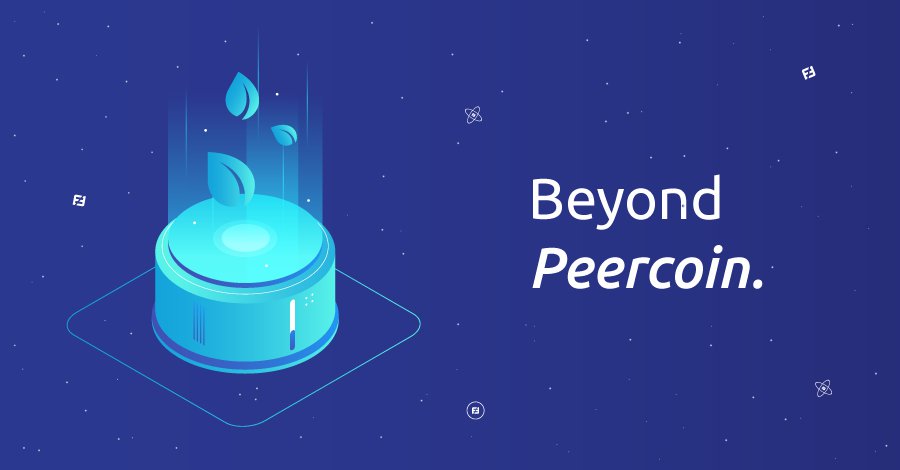 The concept of minting is simple. Minting makes you both the miner and the owner of the coin at the same time. As a result, you contribute to the network’s security all over. Usually, the annual revenue that one can make from minting is 1% of the total coins that are being minted.

In other words, minting is a reward for users who contribute to the security of the network. This reward is given in small chunks whenever a proof of stake block is generated. The reward is directly proportional to the age of the coin that is used for minting that particular block.

One must note that proof of work is also used by Peercoin. This is why it is also referred to as the PoS and PoW hybrid. However, there are no contributions made to the security of the network in the case of Proof of Work mining. The network security is wholly based on the proof of stake method. It is also quite likely that the Proof of Work mining of Peercoin will get phased out or get reduced significantly. Since minting takes into account the number of coins and their age, it results in a wider distribution that is important for the security of the network.

Why should you do minting?

In one way, minting allows the users to add protection to their own investments by contributing to the security of the network. This is what makes proof of stake stand out after all. It allows the users to take control of the currency instead of a small group of miners that can afford industrial grade equipment. The 1% per annum reward of the total coins minted is yet another added advantage of minting.

In the November of 2013 however, there was a sharp increase in the price. By 30th November, the price of Peercoin was at $7.4 per peer coin. As a result of this, many traders sold off their coins considering it the best opportunity to do so. The capitalization of Peercoin had reached $153 266 894. Throughout 2014 however, Bitcoin had a significant fall in its prices and by January 2015, it was again standing at $0.42 per Peercoin.

Throughout the year 2015, the price of Peercoin kept fluctuating but did not rise above $1. It fluctuated around $0.40 and in the month of July, it reached the year’s top of $0.75. The price of Peer coin after that has remained somewhat around the same mark.

Peercoin is the first coin to bring the concept of a proof of stake. As a result of this, it was deemed to follow a path of great success and development. This is because the proof of stake method proved to be really successful. It also introduced yet another concept of minting where the user receives a percentage of rewards for contributing the network’s security. As far as the price is concerned, holders of Peercoin have not been very lucky. Nevertheless, since it has a couple of projects launched and further development is on the way, predictions for its rise can be made with a good amount of certainty.

We hope to have all the aspects of Peercoin explain in detail to you. In order to read more about cryptocurrencies and ICOs, feel free to check out the other sections of our website. Thank you.