As more and more crypto currencies get introduced in the market with promises to solve the challenges their predecessors have shown, some came in just as a joke. Yes, as a joke! You would wonder why skilled and experienced developers would want to waste their time coding and designing a system for a parody digital coin, but this is exactly what dogecoin developers did.

Despite this, the coin gained a lot of popularity and has since grown in value tremendously. Having gotten its inspiration from the then popular internet meme Shiba Inu “Doge”, Dogecoin has grown quickly at one point in early 2018 its market cap surpassing $2.1 billion. In a span of just one year, the price of one Dogecoin rose from $0.00023 to $0.014954 a 6,400 per cent increment. A $1000 investment would have earned you $64,000, $63,000 profit in a year.
Today, we are going to learn about this unique coin, the technology behind it, and its uses.

Dogecoin crypto is a peer-to-peer decentralized digital currency that enables users to transfer money to each other online. Dogecoin was established by Billy Markus and Jackson Palmer in December 6, 2013. It was at its establishment introduced as a parody coin, but then took a turn and became a serious peer-to-peer payment system.

Apart from money transfer, you can also use dogecoin to buy goods and services online or to trade other currencies including fiat currencies. Another unique use of this coin is to tip internet users that share good content online.

As mentioned earlier, Dogecoin began as a parody coin, inspired by an internet meme of Shiba Inu Dog and is also based on another altcoin called Luckycoin. It’s even represented by the mascot of that dog. Its developers Jackson Palmer and Billy Markus thought that cryptocurrencies were being taken too seriously, so they conceived an idea that would bring a little fun to these currencies.

The coin shot into the limelight when the Dogecoin community also called the Shibes held a fundraiser for the 2014 Jamaican bobsled team to have funds to travel to Sochi. The community was able to raise $36,000 in two days. In yet another charity donation, this community raised $30,000 to build clean water wells in Kenya’s Tana valley. These are just some among the many charity donations the Dogecoin community has had. It is for good reason then that this coin is referred to as the “friendly” coin. By 2014, the coin’s market cap had grown to $60 million.

This community has gone a notch higher to create their own language. The language is composed of small broken phrases like “many hello”, “such newbies” and others. 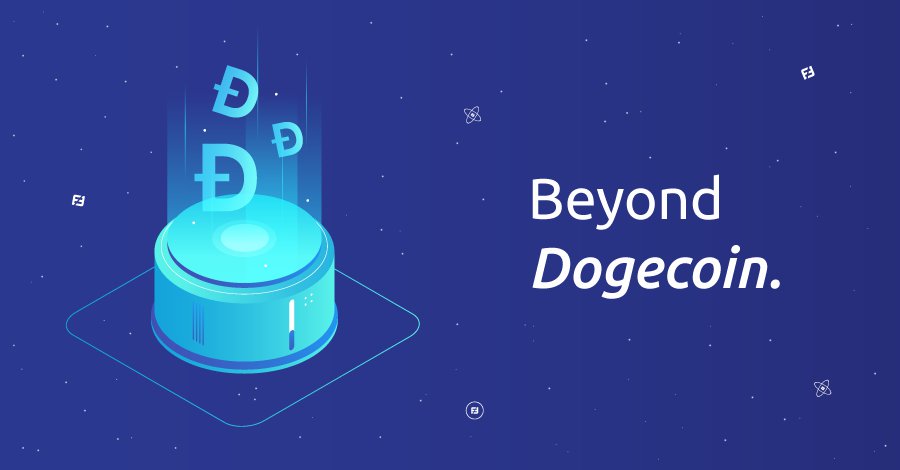 Like many other cryptocurrencies, Dogecoin is a distributed software currency based on the blockchain technology. It is open source and can be accessed by anyone. Like many digital currencies, all Dogecoin transactions are recorded on the Dogecoin blockchain.
When a transaction between two peers occurs, the distributed nodes check to confirm the validity of that particular transaction. These nodes receive rewards in form of new coins for carrying out this task. The nodes compete confirming the transactions by solving complex cryptographic problems. The node that successfully guesses the correct code receives 10,000 DOGE as a reward. This process takes place after every one minute, making the network much faster than most other digital coins’ networks.
At first, the developers had projected that a maximum of 100 billion Dogecoins would be produced. They, however, changed this decision and announced that the network would produce coins indefinitely.

Dogecoin has its own wallets which you require as a user to carry out a transaction. You will need the wallet to store the coins that you receive from others. There are paper, online, software and hardware wallet. The kind of Dogecoin wallet you choose will depend on what you want to do with your coins. You would be safer if you used a mix of different wallets to avoid losing all your coins incase of a hack.

About security, Dogecoin has also had its fare share of challenges. For instance, on the 25th of December 2014, the Dogecoin wallet Dogewallet was compromised and lost 21 million coins that were worth approximately $12,000 at the time. The Dogecoin community raised $13,000 to mitigate this loss. Everyone who lost their coins was compensated.

Dogecoin has since secured its network, to prevent a possible blockchain hack. The developers created a merged mining with Litecoin in 2014 making both currencies more secure.

What it aims to solve?

When the main developer Billy Markus created this coin, he hoped to have a coin that would grow beyond bitcoin’s popularity, and one that would also go against the grain of the mainstream cryptos by avoiding the industry’s existing problems.

• It is fun to be part of the Dogecoin community
• Lower transaction fee
• The transactions processing rate is very fast
• Enables users to transfer money quickly and cheaply across exchanges
• It is easier to use this coin as a currency rather than keep it as an asset as with many other digital currencies.

When this coin was introduced into the cryptocurrency industry, it retailed at $0.00026. It jumped 300% in three days to retail at $0.00095. The coins leap coincided with tumultuous time when China made a decision to prevent the country’s banks and other financial institutions from dealing with bitcoin and other cryptocurrencies.

This event led to Dogecoin price falling by a whooping 80% just three days later. Additionally, the price was pushed down by the high supply of the coins in the market. Miners mass produced these coins as Dogecoin required minimal computing power to mine.
Dogecoin also experienced a scare that was both a curse and a blessing. On December 25, 2013, a hacker managed to get into the coin’s network and changed the codes to only send the coins to a static address. This incident saw Dogecoin receive a lot of publicity on social as well as mainstream media.

It was in fact the most mentioned digital currency on twitter at the time. Dogecoin community started an initiative (SaveDogemas) to help out those who had lost their coins during the hack. The community managed to raise enough money to cover that loss within a month. This event gave a boost to the coin, at one point having its supply surpass that of bitcoin and all other cryptocurrencies put together, but its market capitalization remained below that of bitcoin.

Like all other digital currencies, Dogecoin is volatile. However, the coin’s volatility is mitigated by the fact that there is no limit to the coin’s supply. This limitless supply keeps the coin’s price at bay since the supply never exceeds the demand. This coin’s market cap was $13.5 million as at January 25, 2015. In January 2018, its market cap was just a little below $2 billion.

Dogecoin seems like a promising currency for small transactions. However, it only has about three developers working on its network which has not been updated since 2015. It is this lack of seriousness that would make this coin worthless after sometime if nothing is done about it. One developer, Ross Nicoll though has indicated that he will be making an update of the coin to create Dogecoin 1.14.

If such updates continue, and the Dogecoin remain as enthusiastic as they have always been, then this coin will see some significant growth. It still looks better than most other coins despite the lack of updates with its has rate increasing consistently.  It is good to note though that this network has not had any updates since October 20, 2015.

So, what exactly is Dogecoin? As we have seen, Dogecoin is a cryptocurrency like any other on the face but is different in what it brings to this industry. While all other digital currencies are trying to oust fiat currencies and introducing serious platforms, Dogecoin comes as platform to build communities, allow people to have fun, help one another and learn about cryptocurrencies without fear. As long as the Dogecoin community exists, this coin will continue to grow. You can choose to join and see where it takes you.
As always, we are glad that you are part of our family. We endeavor to move together to learn as much as we can about crypto and other related topics. Continue checking out our page for this and much more.