Its unique approach to predictive markets and cryptocurrencies have Augur poised to turn the industry upside down by reinventing the way participants view truth and the way in which they can speculate on practically anything in the world.

Many people ask what Augur is. Augur is a crowdsourced “prediction market” application that uses the Ethereum blockchain platform to decentralize its market participation. Getting its name from the ancient Roman Augur that meant people tasked with divining the future, Augur today is a software application that makes it possible for anyone from around the world to join one of their online prediction markets. This allows traders to speculate on markets that endeavor to answer questions on anything from what the weather will be to the price of gold.

While this might seem like simple gambling, what gives Augur meaning is its reliance on a large number of in-the-field “reporters” to provide informed opinions on what will happen. It also overcomes the “oracle problem”, or deciding if the program you are using gave you accurate information, of crypto-economics by securely allowing real-world information into the blockchain and then analyzing that information to determine the consensus outcome.

The company was founded in 2014 by Jack Peterson and Joey Krug. Their mission was to create the most accurate predictive market in the world. They wanted to do this by revolutionizing the way people perceived truth.

Augur aims to create a space where anyone with knowledge on a subject can make a prediction of future occurrences and get paid if they predict correctly. The more they are right, the more Augur coin they amass. And, that is the basics of Augur explained.
Augur not only offers speculators an unprecedented way to profit from accurately predicting the future of any particular market, but it also allows traders to bet on the outcome of that market by bidding on contracts in each market. Their first market contract was uploaded to Ethereum in April of 2015, and their Initial Coin Offering, which was the first on the Ethereum network, ran from August 17th to September 5th of the same year and raised over 2000 BTC and 100,000 ETH, roughly equivalent to $5 million USD.

The distributed nature of blockchain is a fundamental part of Augur’s charm. With its peer to peer management of blockchain records, once a transaction is submitted, it is encrypted and becomes part of any subsequent, related records. A change to one block, or record, changes all other attached records and requires consensus from all involved. However, the decentralization means that no one singular body controls the transactions as they would with traditional financial markets.

By using the Ethereum platform, Augur coin transactions are completed within six minutes. Since there is no human involvement required after the transaction has been submitted, Augur transactions are fast, safe and secure.

Unlike BTC, which is used in multiple economic areas, Augur cryptocurrency, REPs, can only be gained or lost by participating in the predictive market as a Reporter. As a result, Augur crypto cannot be mined in the usual fashion. To mine REPs, one must successfully predict the outcome of an event. The more Augur crypto you spend to back your prediction, the higher the return will be if you are correct.

But how do these transactions actually work? There are three ways to participate: Market Creator, Trader, or Reporter.

A Market Creator sets a question like, “Will Roger Federer Win Wimbledon in 2018?” The Market Creator also designates a reporter, sets the Augur price that Traders will pay them for buying and selling shares in this market, and identifies a resolution source.

Traders enter the market when they bid on contracts, or shares, with the Augur price ranging from 0 to 1 unit of the Ethereum cryptocurrency (ETH) / share. The closer they get to one full ETH, the more likely they think their chosen outcome will happen. In this example, if the Trader thought that there was an 80% chance that Roger Federer would win Wimbledon in 2018, he would bid .8 ETH/share.

Reporters use Augur coin, or Reputation tokens (REP), to report – or give their opinions - on the outcome of the market, or question under consideration. The more they report correctly, the more REP they earn. So, if a Reporter staked Augur coin on the outcome that Roger would win, and he did, they would earn more REP. They would lose REP if he did not, which provides the financial incentive to report accurately instead of in a way that manipulates the outcome to pay out against the most lucrative odds.

It is important to clarify that most Augur participants will not actually use REPs, as they are only for Reporters. Augur Traders can use ETH or any other Ethereum currency to place bets on the outcome of the market.

Once opinions crowdsourced from Reporters are collected, they are averaged into the most probable outcome by the Augur algorithm, which finds the consensus and then provides the most popular outcomes. Again, this stabilizes the market by negating the impact of a fraudulent reporter trying to control the market.

Once the event is over, in this case, Wimbledon, funds are distributed based on shares, and market fees are paid based on the Augur price established at the creation of the market.

Should anyone want to contest the outcome of the market, there are appeals processes available to them. Payouts are, however, adjusted based on the outcome of the appeal. Speculators can also request an Early Resolution to a market. If the algorithm comes back with any result except that the market isn’t ready for an early resolution, in this case if Wimbledon had finished yet, then bonds are paid out to the reporters based on that result.

The combination of crowdsourced opinions combined with blockchain technology makes Augur a unique application in that it is not only secure and distributed but also accurate and fast. The financial incentive to Reporters to provide accurate predictions – and penalties if they do not – drive the effectiveness of the platform. 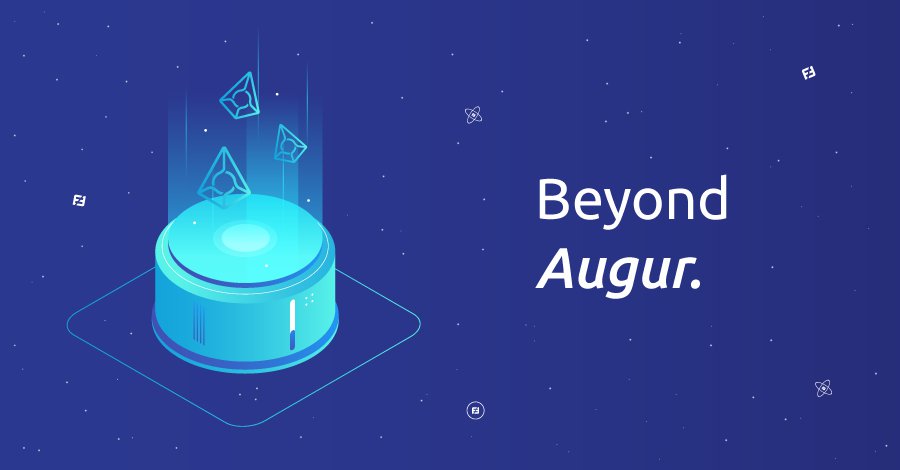 What so special about Augur?

Because of its unique design and attributes, Augur has many advantages over other systems. The decentralization of the Ethereum network ensures that Augur cannot be controlled by any government, particularly one that might classify it as gambling. This means that, for the most part, Augur is predominantly unaffected by regulatory requirements. Due to this decentralization, there is no single point of failure. If part of a network fails, there are always other points on the network that will be available.
These advantages have Augur poised to expand its applications to a myriad of industries beyond cryptocurrencies. One obvious leap for extending Augur’s applications is to the world’s stock exchanges. Its openness combined with its security makes it ideal for that industry. Additionally, it could be used by governments holding elections. Using blockchain technology significantly lowers the chances for fraud and is being tested by governments in Moscow for this exact purpose. It could also be used in a similar fashion to expedite shareholder voting.

Finally, Augur fees are cheaper, likely 1% or less, compared to other gambling-type sites, such as Betfair, where fees are often 10% or more.

What is a prediction market?

Predictive markets are trade exchanges created for the express purpose of speculating on the outcome of an event. Market outcomes are determined by crowdsourced information, which is averaged by an algorithm to determine the general consensus. In a predictive market, a contract trades somewhere between 0 and 100% until the market expires and the outcome is determined. At that point, a price is a binary option: either 0 or 100%.
Augur is one example of a predictive market. As a decentralized prediction market, it uses the Ethereum blockchain platform to allow predictors to offer their informed guess as to the outcome and be rewarded for correctly predicting the future.
Predictive markets are ideal for situations where the outcome is determined by the input of a large number of individuals, such as elections, financial markets and events, betting, public opinion polls, and even workplace decisions. Google, for instance, allows employees to vote on what projects to work on next, which would be a perfect example of how predictive markets could be applied to everyday life.

Augur price growth - Where it all started and where is it now?

The company was founded in 2014 by Jack Peterson and Joey Krug. Their first market contract was uploaded to Ethereum in April of 2015, and their crowdsale, which was the first on the Ethereum network, ran from August 17th to September 5th of the same year and raised over 2000 BTC at $236.50 and 100,000 ETH at $0.69. REP tokens were, and still are, capped at 11 million, and 8.8 million of those were sold in the public token sale, garnering over $5.2 million.

In 2016, all the Reputation Token (REP) that was sold in 2015 was distributed to the purchasers via the Ethereum network and two Augur cryptocurrency exchanges: Kraken and Poloniex.

At their Initial Coin Offering (ICO), Augur crypto started off in 2015 worth approximately $1 / REP. The value climbed steadily over the next 2 ½ years reaching the low $40s and a market capitalization of around 42 billion USD by the end of 2017. In January of 2018, Augur cryptocurrency skyrocketed in value to an Augur price of over $100, putting its total market value at over one billion USD.

Though the Augur price has since returned to the $30s with the latest downturn in the cryptocurrency market, it has a current market capitalization of around 400 million, and it is almost universally expected to increase in value for the foreseeable future.

Whatever opinions exist about REP, Bitcoin or any cryptocurrency, for that matter, one thing is certain: cryptocurrencies are fast becoming part of the mainstream market. Augur and its predictive market software give everyday users the chance to inform the future in a distributed, secure and potentially profitably way.