For many cryptocurrency investors, Bitcoin and Ethereum are a must have digital assets. And to be on the safer side, the top 10 cryptocurrencies are the safest coins to invest in since they have working use cases; high market cap and are less volatile compared to little-known coins.

However, there are several low market cap coins that would probably make good investments for an investor with a diversified portfolio. Some of the cryptocurrencies in the lower end of top 500 coins have excellent features but are yet to gain users’ attention.

Groestlcoin, a cryptocurrency launched in 2014, makes a good example. Groestlcoin looks like one of the unpopular altcoins that should be ignored for their high fluctuation. However, the technology behind the Groestlcoin makes it one of the fastest payment protocols in the world.

The coin was the first cryptocurrency network to integrate SegWit, making their transactions much faster than those of Bitcoin or Ethereum. The network’s transaction fees are so low that you could send thousands of dollars work of GRS coins and pay cents as fees.

So, why isn’t everybody talking about GRS? Read to find out what Groestlcoin is.

Groestlcoin is a decentralized peer to peer payment protocol developed to solve the main limitations of Bitcoin. It was launched in 2014 after its team of developers reached the National Institute of Standard Technology hash function competition finals in 2014.

The algorithm was also inspired by the US’ Advanced Encryption Standard (AES) algorithm and is built to handle a wide array of applications. The Groestlcoin development team originated from the Netherlands but has since then hired developers and administrators from around the world.

Gruve P is the network’s founder and leads the development team together with Jackie Love, another Dutch. Key components of the cryptocurrency such as Android and desktop wallets were developed by software engineers from the US, the UK, Russia, Belarus, China, and Germany.

The unique features in Groestlcoin are its super-fast speeds and extremely low fees. You can send 10,000 GRS coins worth $7,500 for a fee of 0.000045 GRS, which is equivalent to a few cents.

Since it utilizes SegWit despite already having a fast payment protocol, Groestlcoin payments are completed at fractions of a second. In essence, the crypto network was built from the ground up to solve all the issues present in existing cryptocurrency networks.

Groestlcoin consists of a blockchain with unique hashes grouped into small blocks. The hash functions are however higher in number compared to Bitcoin’s SHA256 algorithm. Unlike Bitcoin also, the Groestl-0 hashing algorithm is designed for GPU mining. It’s resistant to ASICs, which helps provide equity among miners.

Groestlcoin transactions are verified by GPU miners who receive 5 GRS coins for each block mined. Initially, miners received 512 GRS coins, but that was changed over the course of four years.

With a team of more than 20 dedicated developers, Groestlcoin continuously improves their network to provide completely private, fast and low transaction fees. Its network consists of a payment protocol integrated with SegWit and the Lightning Network, Bitcoin Armory, and 40 TOR servers.

Like most coins, Groestlcoin set a maximum of 105 million GRS coins ever to be mined. This helps keep it in good supply but also provide demand as a finite currency.

Groest packs a long list of features that make it secure, private, fast and affordable. Here is how it utilizes all of its features.

While it’s famous for providing super-fast transactions, privacy was one of the network’s main goals. It achieves this through a specially designed wallet that secures addresses with VPN support and TOR encryption. Groestlcoin also has an algorithm as advanced and private as that of the AES.

Hard forks can affect the scalability and efficiency of a blockchain. Groestlcoin was designed to prevent the effects of forks by making it multi-pool resistant. GRS is also ASIC resistant and can only be mined using GPUs and CPUs. The coin’s developers wanted to make GRS mining equitable by giving all miners an equal playing ground.
By making it multi-pool resistant, Groestlcoin ensured that its mining would never be dominated by a few large pools but instead by small miners whose only machines are GPUs. GPU mining is also energy saving.

Groestlcoin introduces new innovations every three months. Since 2014, the company’s team has launched over 20 wallets, marketed to the coin to be listed in more than a dozen exchanges and made over 100 repositories.

Some of the team’s biggest achievements include: 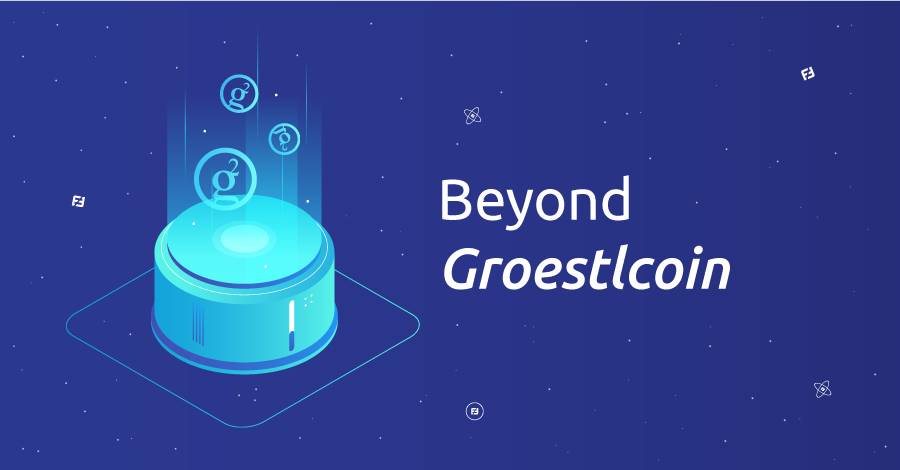 The GRS blockchain is founded on the same principles as Bitcoin’s blockchain. It was actually forked from Bitcoin and has the same block distribution time: 10 minutes. However, Groestlcoin integrates additional features that make it more advanced. The blockchain is specifically designed to record transactions but has integration with newer technologies such as SegWit to make it scalable.

Groestlcoin was launched in March 2014 as a simple Bitcoin fork whose only unique feature was its mining algorithm. Within nine months, the company's team launched an Android wallet, IRC, and social media tripping bot.

Groestlcoin’s main activities started in 2015 when the company launched an Electrum wallet for GRS and added multi-signature capability in their Android wallet. By the end of 2015, the team had at least one Blackberry wallet; they had ported Bitcoin’s Armory, designed a GPU GRS miner and launched an improved Groestlcoin public ledger.

In 2016, Groestlcoin advanced their pace in building additional GRS wallets for all operating systems, including Blackberry and iOS. In 2017, the network made a bold move that changed the value of its coin. Groestlcoin became the first Bitcoin fork to add the SegWit technology. GRS coins, on the other hand, increased value by almost 1000%.

In 2018, the company started supporting atomic swaps, both on-chain and off-chain. It was among the very first cryptocurrency networks developed for atomic swapping. This would mean that GRS coins could easily be converted into any other altcoin fast and without the need for an exchange.

Groestlcoin soon integrated its payment protocol with the Lightning network. While it’s still a work in progress for Bitcoin, GRS desktop and Android wallets were made ready for the network’s super-fast transactions. Additional strides made in 2018 including getting support by both Ledger and Trezor hardware wallets, Coinimi mobile wallet and added support for the Samourai wallet.

The Groestlcoin crypto likes keeping upcoming projects private and undefined so as to remain flexible and work on improving the existing features. However, the developers are keen on improving users’ privacy.

Groestlcoin growth can be traced back to mid-2014 when crypto exchanges began paying attention. Unfortunately, there were few investors interested in the Bitcoin fork. Groestlcoin price remained below $0.001 for almost three years until it announced it would be integrating SegWit technology in January 2017.

In 2018, GRS has been on a bearish run for the better part of the first half of the year. From its $1.73 value in early January 2018, the coin went down to $0.38 by March. The market crash was not unique to GRS, however, as almost all cryptocurrencies lost value.

Groestlcoin assumed an upward price movement in April and May, however, and at one time reached $1.6 on May 14th. This shows that GRS is proving attractive among investors. The coin undergoes fluctuations like many cryptocurrencies but always increases its value.

Groestlcoin is a Bitcoin fork developed in 2014 to provide total privacy and accommodate scalability to cryptocurrency traders. Its blockchain is however unique in that it utilizes a hashing algorithm that resists ASIC mining.

In 2017, the Groestlcoin network integrated SegWit to improve scalability and lower transaction fees for users. Following the news, its price grew by ridiculously high amounts. From a value of $0.001 in January, the coin moved up to $2 by the end of the year.

Groestlcoin has since then added support for the Lightning network and made it possible to be swapped with other altcoins.

Thanks for reading our Groestlcoin explained guide. Welcome to our site for more guides about coins with high prospects.